The church bells ring from the chapel down the road as the light peers through the shutters whilst a rooster crows, trying to keep up with the church bells. From the window, we can enjoy the view of the hilly and green landscape of Umbria that, like us, is enjoying the first morning sun. We find ourselves in the middle of the boot-shaped country, in the scenic Umbria region, an unknown and enclosed green enclave. The only place in the country without a coastline. The centre of Italy, the centre of this report. 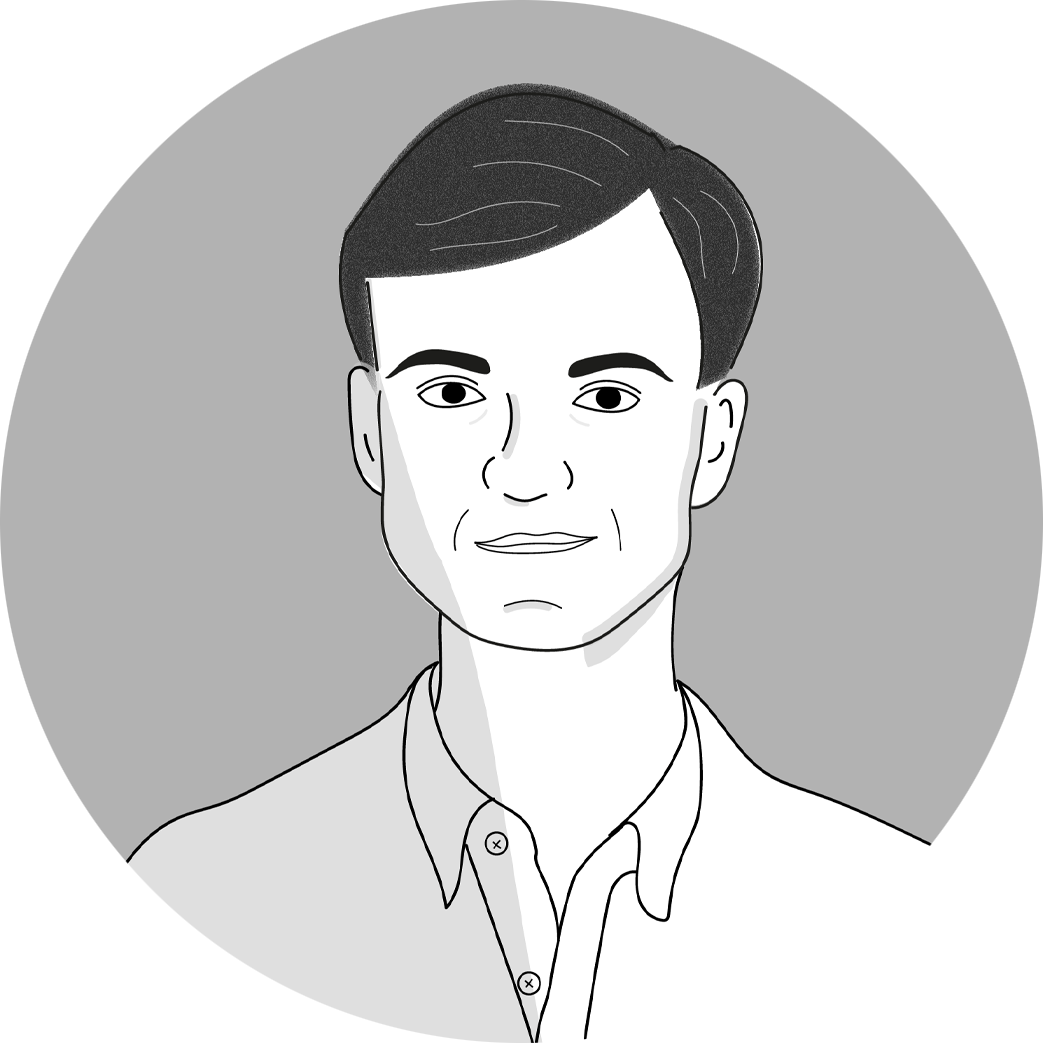 2022-09-03
Just over half a century ago, it was precisely in this beautiful and humble area that the foundations were laid for Brunello Cucinelli, which today is recognised in the world to be among the most exclusive and luxurious when it comes to premium brands. However, this story is about anything but gold and glamour. It is about respect and quality - both for the product and for life itself. We are going to tell you about a man who changed history through coloured cashmere sweaters. Not just for himself and his family, but also for his hometown and region, and how his thoughts and actions can help set the standard for a new ethical business. One thing is for sure, we will not forget him, or the town of Solomeo.

“WE WILL TELL YOU ABOUT A MAN WHO CHANGED HISTORY THROUGH COLOURED CASHMERE SWEATERS.”

It started already in the 1970s, when the young Brunello Cucinelli falls in love for the second time in his life. This second love was the medieval town of Solomeo, home of Brunello's girlfriend Federica. Here he discovers his passion for the craft of knitting, something for which the region is particularly famous for. Federica ran a small business in the town that became Brunello's way into the world of knitwear.

However, it took a lot of courage and a solid plan to start the company at a time when knitwear manufacturing in the local area was already extensive and well established which made the competition very fierce. Brunello's great innovation was, and still is, the dyed cashmere sweater. A product that at that time only existed for women, but which Brunello saw an opportunity to offer to men as well. The story goes that he produced the sweaters in a range of eye-catching colours, packed them into his car and drove across the Alps to sell them around Europe. That was the start and Brunello never looked back. To understand what drove Brunello, it is worth mentioning that he grew up in a working-class home, where his father first ran a small farm and then worked in a factory located in the nearby city. Although life was good, Brunello was clearly affected by seeing his father, who was worn out in both body and soul. People from the countryside were not very well received in the city and it was often a broken man who returned home to his family after a long and hard day of work.

Brunello's childhood memories have therefore also had a great influence on how he himself wants to run his business, with what he describes as moral and financial dignity. It is central to understanding his personality and subsequent success. It has always been important to him that the company should not only generate profit but also be at the forefront as an example of his vision of "humanistic capitalism". Brunello is above all a businessman, but one gets a very strong impression that financial profit is not the goal but rather the means to create the best conditions for the employees and the people around him. All while improving and developing society locally and internationally. Solomeo is a small but active medieval town with about 450 inhabitants. About half of these residents are employed by Brunello Cucinelli and in total about 1,000 men and women from the city and surrounding area work in various areas of Solomeo. Anything from the headquarters and factory, to the football club, the tailoring school, the winery, the theater, the library, as well as all the parks, squares and monuments. All these are places, new and old, that Brunello appreciates and over the past decades has reinvested his money in building, restoring and maintaining.

These cultural focal points are crucial because Brunello Cucinelli puts people at the centre. It all therefore also starts with the people who work for him. It is clear that he treats people with great respect and dignity, whether it is the factory tailors, the gardeners tending to the small medieval town or the people we greet during our visit to the headquarters. There is no overtime and it’s not permitted, for example, to send e-mails in the evening, after working hours. The employees clock in at 08:00 and out again by 17:30 and they have a 1.5 hour lunch break, which means they have time to go home and eat with their family if they are not eating with their colleagues. The salary of the employees is 30 percent higher than the average in the region and they also have many benefits, such as access to Brunello's sports and education centre, theatre and library, as well as an annual "culture bonus" of €1,000 that can compensate them for tickets from museums, concerts or football matches. Another issue that is close to Brunello's heart is the great challenge that the entire industry is experiencing in being able to continue to train and retain a competent workforce. It's no secret that only a few young people dream of doing a craft from the past, but Brunello tries to restore the dignity and make it attractive to learn a craft, be it as a gardener, craftsman or tailor. He does this both for society's sake, but definitely also for his own part, as he is highly dependent on the young people of the future to be able to continue delivering the same high quality. Therefore, he has also built a tailoring school in Solomeo so that he can help solve the challenge locally. Here he offers paid apprenticeships for young people from all over the world to learn from some from the best and most experienced tailors. This exchange gives young people an opportunity to learn the craft at the absolute highest level while Brunello creates a strong relationship with the greatest talents, many of whom continue to work for him even after the training.

The turning point of Brunello's success is the cashmere sweater. A product that is chosen for its not only compliance and beauty, but also because it is closely linked to the aforementioned craftsmanship and quality. A cashmere product should last almost forever and should not be thrown away. On the contrary, it is to be passed onwards to one's children and its durability is the true symbol of its value.

It may sound a bit ambitious, but this concern for the product has carried Brunello all over the world and is a truth that is hard to argue against after so many years, not to mention the many loyal customers who would hardly accept anything else. In addition, you know it yourself. How often has a product that appears to be good and has a price tag that may be too good to be true lured you in? Today, unfortunately, many products are "dressed up" to attract consumers with something that at first glance resembles a quality product. There may be chemicals in the product that give a soft feeling, but disappear after washing. It could be that the construction simply does not hold up and you have to throw away a product that you bought believing it would last for years to come. MORE THAN A PRODUCT

Brunello Cucinelli is, in the true sense of the words, a lifestyle brand. A conscious choice. A way of thinking about and relating to the world. It is a shared appreciation of something as simple as good craftsmanship and the precious product that results. It is respect for a nature that is in balance and for a man who achieves dignity in life. It is an expression of the fact that wealth is not equal to greed and that there are examples of how profits can be used to create joy for others and above all to future-proof our existence on earth. Not only by protecting the planet that we live on, but also by making it a place where you want to live, which is perhaps even more important.

"BEAUTY WILL SAVE THE WORLD"

Brunello's favourite quote is from Fyodor Dostoyevsky and reads simply and clearly: "Beauty will save the world". Given what we have witnessed here in Solomeo, it seems very reasonable. We can all make an effort to contribute to a better world. 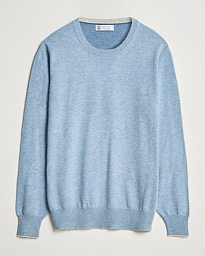 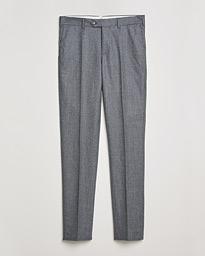 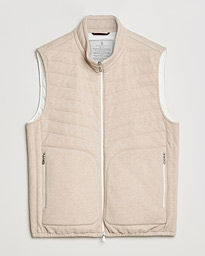 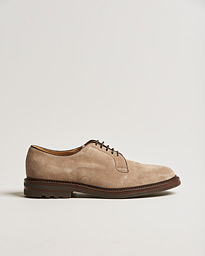 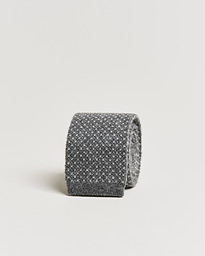 Discover our selection from Brunello Cucinelli